The History of Florence, SC

The History of Florence, SC 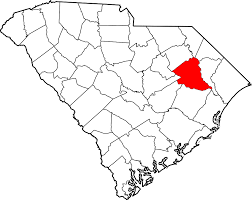 It is not a city founded by accident but it was not really deliberate either, the history of Florence is a bit intriguing though. It was originally meant as a railway terminal but soon came to lie exactly at the junction of three railway lines; the Northeastern, Wilmington and the Cheraw and Darlington railway system. The name Florence was derived from the daughter of one of the presidents of the major railway lines, specifically the Manchester Railroad W.W Harlee, his daughter was called Florence Harlee. Those unintentional beginnings marked the start of the town that is Florence.

It was during the civil war that Florence really came to the fore-front as a major hub in the city due to its railway lines. The railway lines were the main mode of fast transport in those days and Florence was at the center of it all due to its strategic location. The confederacy used its railways to transport artillery and troops to and fro where they were needed so understandably everything passed by Florence at some point or the other. In addition to this, the Wayside Hospital in Florence was where the injured and wounded soldiers were taken for medical attention. The warring union soldiers who were captured were also imprisoned in the Florence Stockade.

After the war, the little town that was Florence had grown and goods like Tobacco and Cotton entered and left the town via the ever booming railroads. The growing population also ushered in the declaration of the county of Florence in 1888 and was made the City of Florence only two years later. The chartering meant that Florence became the seat of the county. In addition to this, pharmaceutical and textile companies sprung up in Florence which went well with Florence’s renowned major hospitals.

The increasing development heralded expansion and an increase in population and a budding middle class which expanded the economic opportunities available. Other modes of transport like the air and motor industry were also bolstered by the building of an airport and Florence’s location on the intersection of interstate highways.

The booming population which today stands at thirty seven thousand and a hundred according to census records has a city council and a mayor. The mayoral elections are held every four years and alongside the mayor, they have a city manager who is elected by the council members. The city manager is the one who runs the city on a day to day basis doing what needs to be done.

The City of Florence has become more renown in modern day terms as a hub for pharmaceutical companies and quality healthcare services but it started as a hub for the transport industry. The economy has become more diversified than simply being a railway town and even financial institutions like Bank of America have regional headquarters there. The housing demand has grown with the economic opportunities available and high rise apartments have mixed well with the more traditional picket fenced homes. The history of Florence is a rich history full of intrigue and economic endeavor.

4 Easy Ways Of Eliminating Mosquitoes Out of Your Yard