How to Get Rid of Fire Ants

How to Get Rid of Fire Ants

Red fire ants on the rice in home

Fire ants pose a threat to animals and humans alike; they have a bite that can cause intense pain in people and death in small creatures. Get them into your electrical unit, and you may find your repair costs exceeding the thousand-dollar mark. The insect’s affinity to electrical wires can wreak havoc to your beloved power tools and air conditioner.
We’ve compiled a list of control strategies to help you water down these fire ants even before they invade your home.

Since ants dislike walking on powders, sprinkle the cayenne powder around the colony to keep them from leaving. Then dump your cayenne mixture into the ant mound. This will kill the ants inside the colony and render the anthill uninhabitable.

To kill off any ants that you find in your home, you can add your cayenne concoction to a spray bottle and spray these bugs.

With its thin, dust-like texture and ease of application, diatomaceous earth may be scattered by hand in any troublesome areas to kill ants and deter them from returning. Though soft on the hands, it is sharp and potentially lethal to the tiny ants.

It’s effective since it appears like a million tiny glass fragments on the molecular scale. Once an ant walks over these particles, they may penetrate their joints causing physical injury that may kill the ants. The powder works by scraping the insect’s exoskeleton once they walk over it, causing their bodies to become dehydrated. The insects eventually die out after losing excess body fluid.

Treatments for mounds include dust such as acephate and baits such as Amdro. Acephate kills whatever ant it comes into contact with, and thus, we expect the workers to get some on the queen. Amdro is a slow-acting gastrointestinal toxin encapsulated in corn grits and soybean oil. The worker consumes it, but before he perishes, he feeds it to the queen, who also dies.

The U.S Department of Agriculture suggests using a baiting solution containing 1% boric acid. This dosage allows worker ants to live long enough to distribute the poison to the colony. Boric acid kills ants in two ways: it disrupts their digestion, gradually starving them, and works as a desiccant, drying up their exoskeletons and generating microscopic cracks.

Sugar and greasy substances, like peanut butter or oil, are common ingredients in ant baits that work. Placing the bait along paths or close to the nest will lure worker ants, who will swarm and carry the meal back to the colony. Restock the bait around once a week, and after six continuous weeks of treatment, you should expect a reduction of up to 90 percent of the ant population. 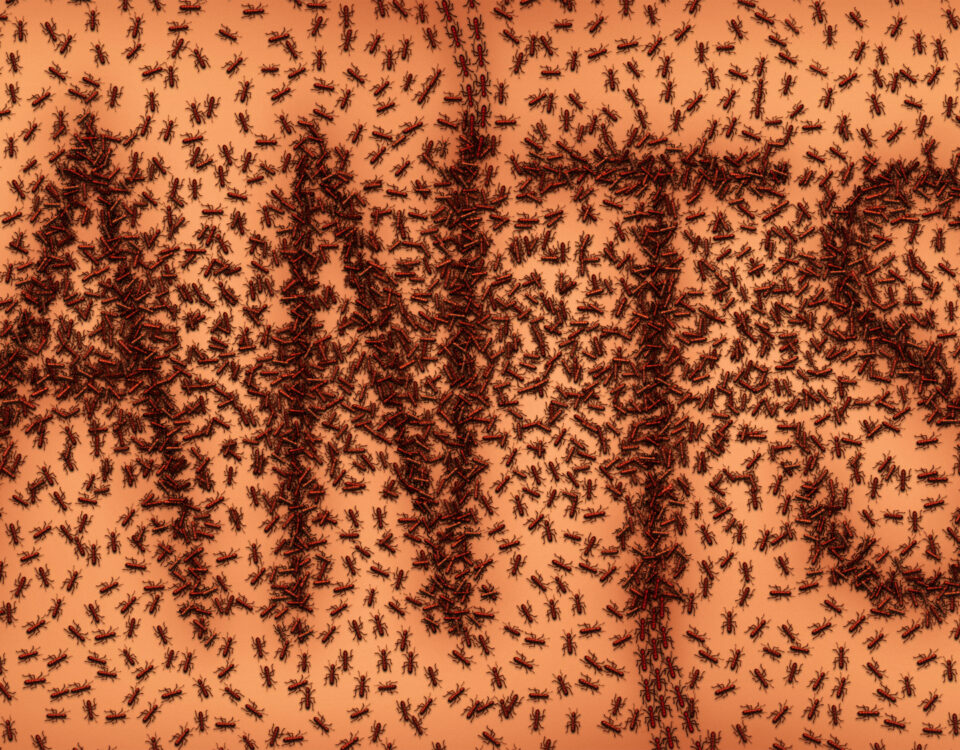